What is Net Neutrality?

Many of us may have heard the term “net neutrality” recently in the news. But what exactly does it mean and why should we care? 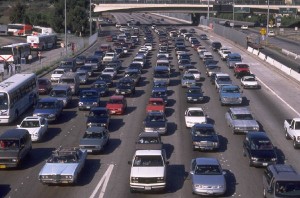 Think of the internet as a system of roads and freeways. A “neutral” internet provides the same access to those roads for all of us, individuals, business and government alike. But internet service providers (ISPs) like ATT, Comcast and Time Warner want to create “fast lanes” for certain content providers and charge them an additional fee. While initially this may seem like free market in action, there are a lot of consequences that may well affect all of us.

To create these fast lanes, ISPs need to look at the traffic flowing across their networks to decide who should and shouldn’t get priority. Imagine commuting to work on the freeway and finding one of the lanes is now reserved for those who pay an additional fee. The remaining lanes will suddenly get much slower and if you can’t afford the fee, well, too bad.

The United Nations has recently deemed that internet access is a basic human right and should be guaranteed and protected by governments. Really. And think about it, how much of your life now relies on internet access, whether it be text messaging, email, getting the latest sports scores or getting important information about an illness?

Those in favor of keeping the net neutral argue that there would be nothing to stop an ISP from blocking content that they don’t like or that is competing with their products or services. That is a form of censorship and is ultimately a threat to freedom and democracy. Sound a little dramatic? Well the UN and other information providers including Google, Amazon, Yahoo, Facebook and many others don’t think so and are actively working to preserve net neutrality.

Those opposed to net neutrality, including the Cato Institute, Americans for Tax Reform and ISPs like AT&T, Comcast, Verizon and Time Warner, argue that innovation and investment in the telecommunications will suffer due to a lack of profit incentive and that users would benefit from a more competitive landscape.

So there you have it. Net neutrality is about who controls the roads and freeways that internet traffic rides on and who, if anyone, has the right to control what does or doesn’t go on those freeways and how much can be charged to who. It’s an important debate for all of us and worth paying attention to and making your opinions known to your government representatives. You can add your comments to the debate on the FCC Comments section – click on proceeding 14-28 to add your comments.